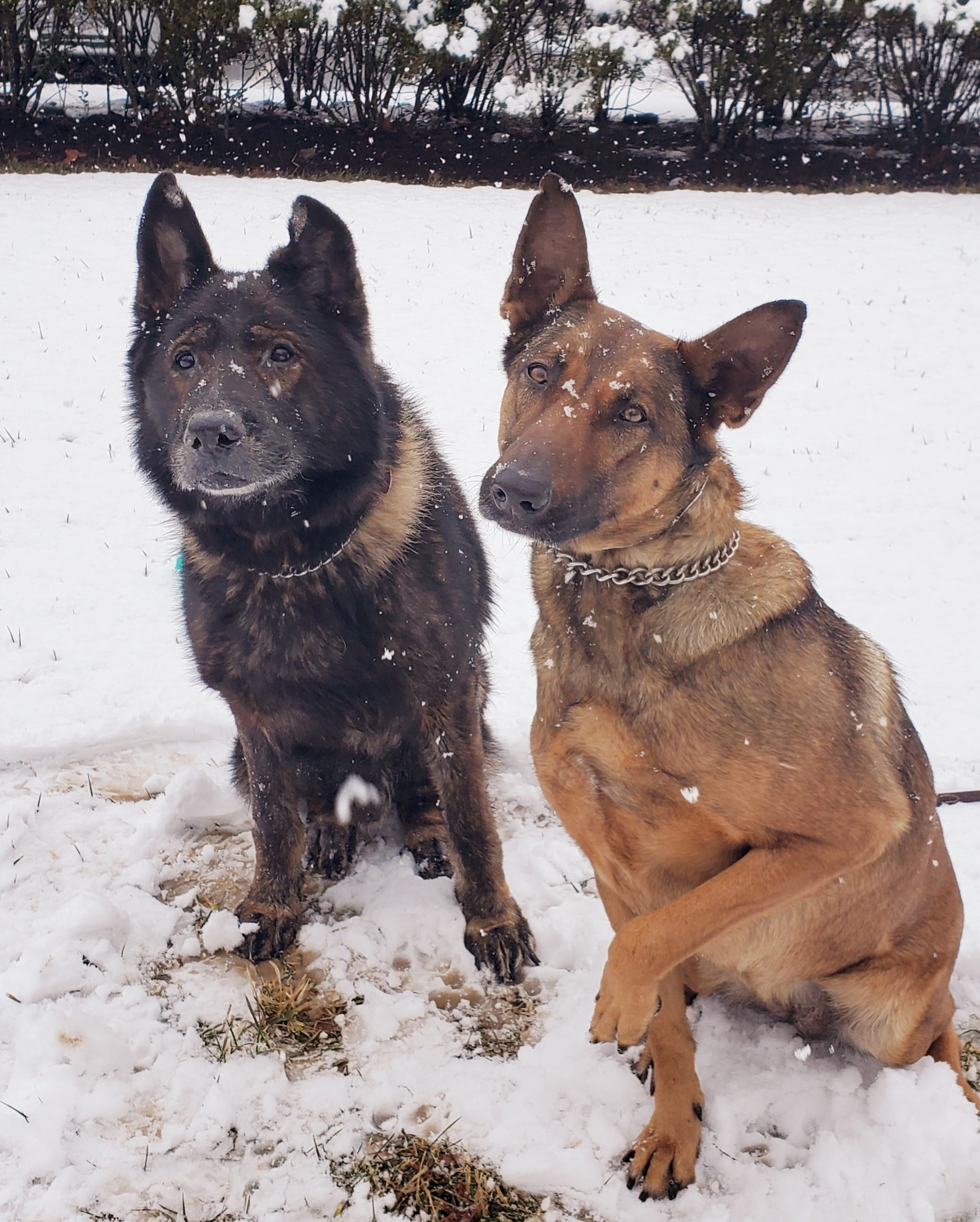 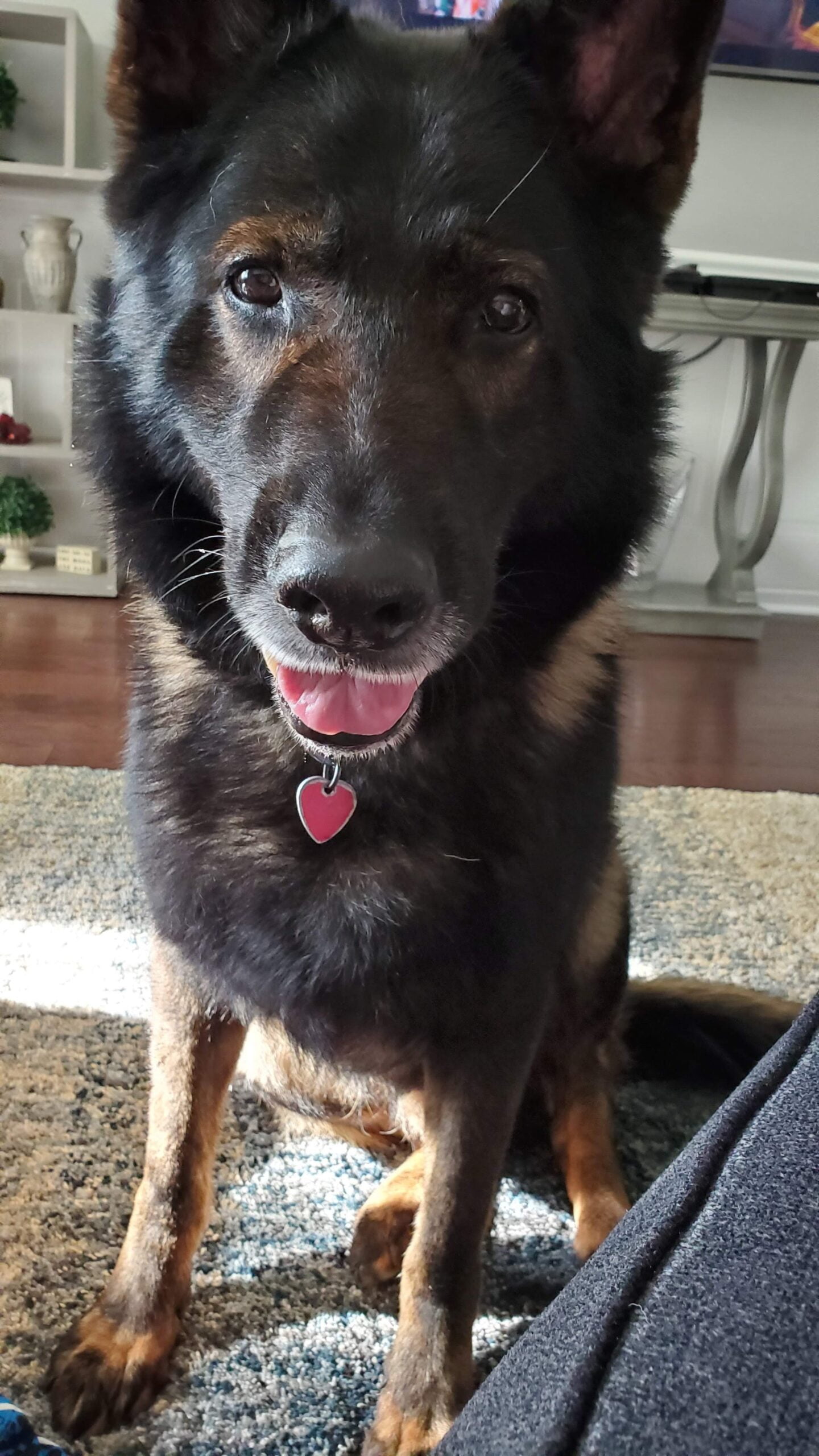 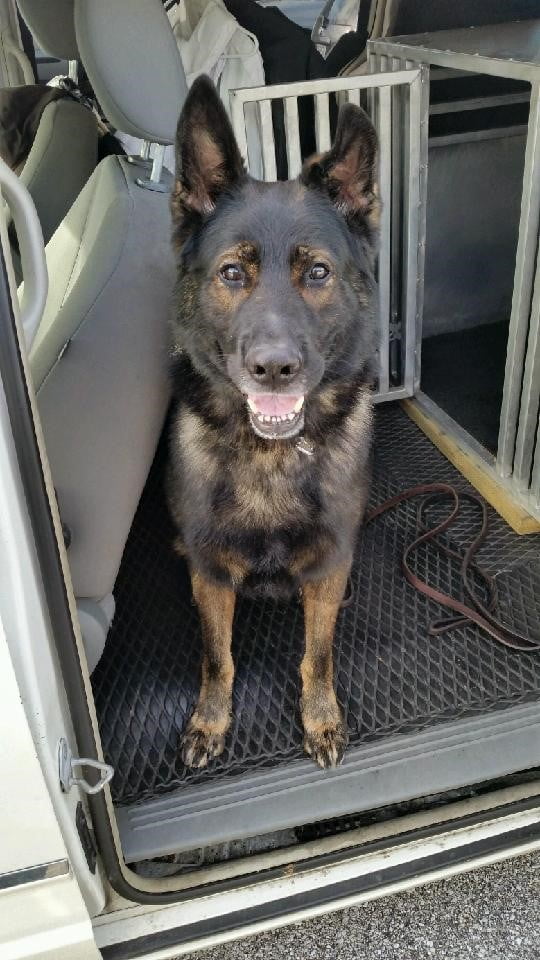 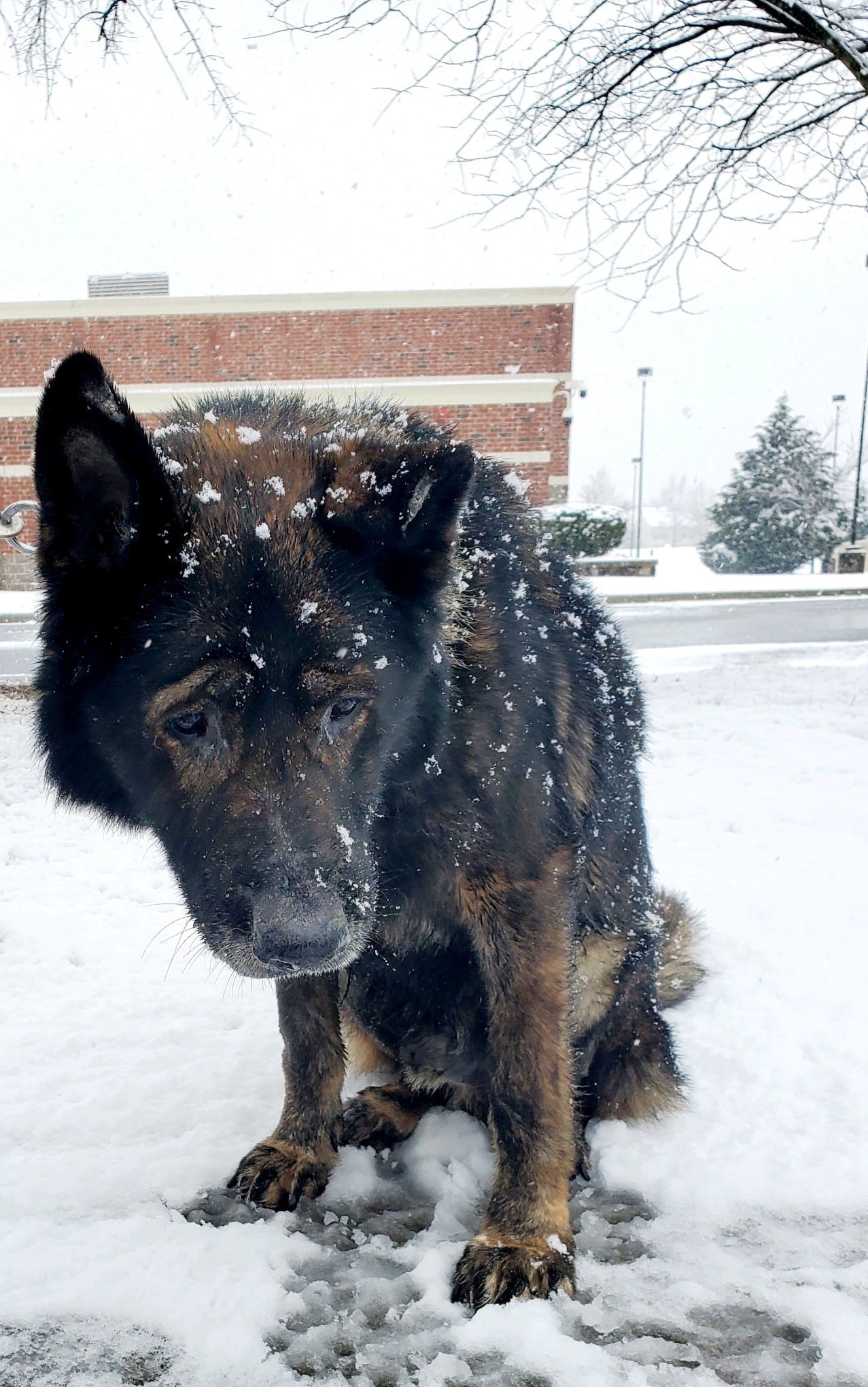 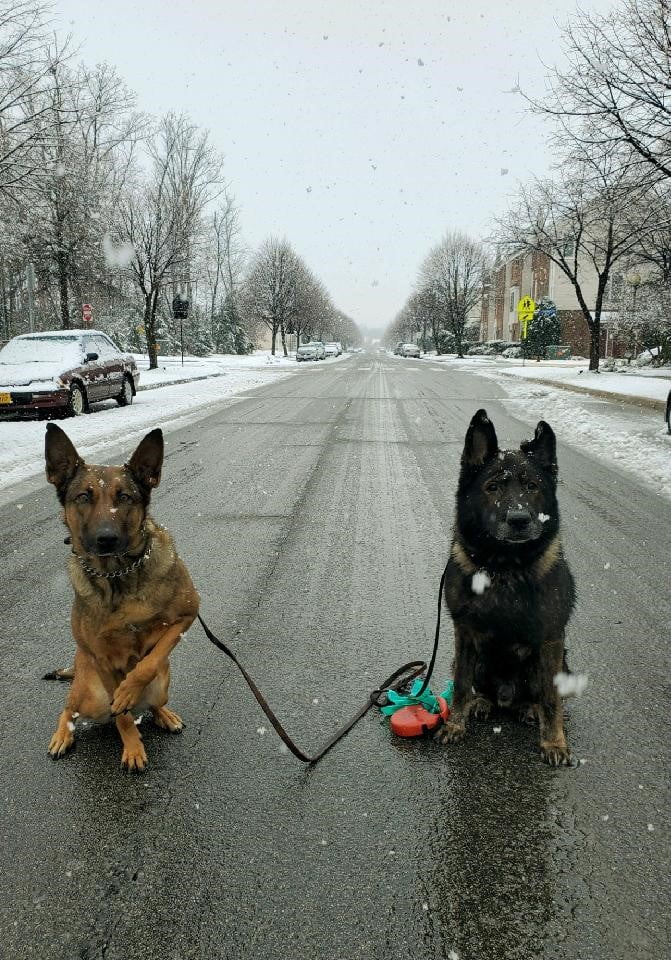 Hero is a black and brown German Shepherd with a broken left rear toe and a bent left ear. He will be turning 12 years old on Nov 9.

Hero first started to work in April 2011 but unfortunately he developed PTSD due to a traumatic muzzle injury and he had to retire in 2015.

Ever since then Hero has been enjoying a great and fun retirement life, lol.

While he was still working, Hero and I traveled to Guatemala, Mexico Columbia, and Vietnam. We also had countless amounts of travel throughout our great country.

We worked in NYC numerous times and we worked the 2012 Presidential Inauguration too!

Hero would love to take runs with me and then we would come home and he would just throw himself onto his pillow and try to cool off as quickly as possible, lol. He would stick his head into the entire water bowl and drink water at the same time. In essence, he would almost accidentally drown himself from time to time, lol.

He is very friendly now but it wasn’t always the case when he was younger. He used to be very dog aggressive and he would always bark toward any dog that was walking around in the neighborhood. He is always very protective of us when anyone in the family walks him.

He LOVES any type of ball. He devours basketballs, soccer balls, footballs, and tennis balls. If he sees a ball on the street while he’s being walked, he will do whatever it takes to get to that ball; too funny.

Hero loves to jump (well now I have to pick him up) into my truck with my other dogs. He wines and howls when he sees me get into my truck and he can’t go. He enjoys sticking his head out of the window and having the wind hitting him in the face.

He still hates to take baths and when I give him a bath it’s a giant mess. As you could imagine there is water and fur EVERYWHERE!.

Hero has slowed down a lot and we cannot take those long runs or long walks anymore. Nevertheless, Hero’s mind and slobber remains as youthful as it could be.

By donating your gift directly supports the care of the K9s, like K9 Uno, who are enrolled in the Paws of Honor Veterinary Care Program!