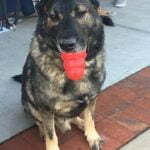 Dante was partnered with Officer Yost and began working for the Prince William County Police Department in December 2008. The K9 team was certified by the United States Police Canine Association (USPCA Region 3). Dante and his handler were credited with numerous criminal apprehensions and recovery of evidence to include a bag with $5000, which had just been taken in a bank robbery.

Dante retired from service in 2012 and now enjoys his retirement at home with his handler and family. 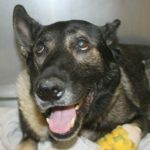 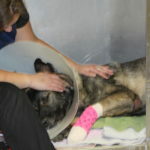 To make a donation to the medical care of Dante or any of our other retired K9s go to: